Over 50? Keeping Up With Your Healthcare Needs

Treating Your Stage III Pancreatic Cancer: What You Should Know

Perhaps the most common treatment for stage III pancreatic cancer is chemotherapy. Chemotherapy is an infusion treatment that uses medications administered through an IV to get that medication directly into your bloodstream. This allows for the medication to act faster and to attack the tumors and cancerous cells more efficiently.

Recently, the use of NanoKnife treatments has been evaluated in the treatment of stage III pancreatic cancer. This treatment, also known as irreversible electroporation (IRE), is a minimally invasive treatment that uses electrical currents to target tumors that are inoperable or difficult to access (as is the case with pancreatic cancer tumors).

This treatment is often referred to as a NanoKnife cancer surgery because, while minimally invasive, the technique does require general anesthesia and the use of small tubes to guide electrodes to the surface of the tumor. Once the electrodes are in place, the electrical current is sent through those electrodes to punch microscopic holes in the tumor.

The electrical current causes disruption to the cancer cells and causes cell death. This ablation treatment is an alternative to using microwaves or heat and cold ablation treatments to directly attack the tumors. The early clinical trials have shown promising results when chemotherapy or chemoradiation were followed by the NanoKnife or other IRE treatments. However, further studies are needed to get a wider range of results.

Now that you know more about treating stage III pancreatic cancer, you can prepare for what is to come and better understand some of your treatment options. If you have more questions or need an appointment with an oncologist, contact ATLAS ONCOLOGY. 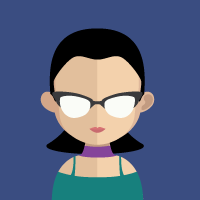 As an adult in my 50s, I find that my body isn't as strong as it used to be. But I don't let that stop me from enjoying life! In fact, I make every effort to get the treatments I need from my doctor to improve my health. I know that I'm not a senior yet, but I do all I can to prevent the health problems that affect that age group. Because of this, I put together a health blog for people over age 50. My blog isn't a review of what you can easily find on the Internet. It's a plethora of unique information designed to help you find the services you need fast. What my blog doesn't do is tell you what to do for your health. Instead, it offers guidance and options. Please, enjoy the blog and happy reading.